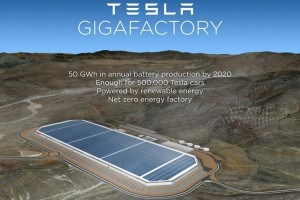 Human evolution, many transformations occurred geographically languages, races, culture, religion, land, and the whole world transformed with the help of innovations. Does the technologies created really changed our lives?
less we got, and more we lost because of what people call technology.
1% of sample incidents are discussed below

The home appliances, computers, smart phones which were all identified as products that transformed lives form their base in electronics. People who use these electronic components are unaware of how it is created, manufactured, destroyed. The devices we use from the world’s leading tech product companies like apple shows designed in California assembled in china’. People working in iphone, ipad, mac computers manufacturing plants, are gaining cancer from n hexane, benzene and other hazardous chemicals.

Green America’s petition drive collected nearly 23,000 signatures urging Apple to phase out benzene and n-hexane. Benzene is a carcinogen that can cause leukemia if not handled properly and n-hexane has been linked to nerve damage. The substances are often found in solvents used to clean machinery and electronics. Villages in china are worst affected by the industries that wear down its soil and turned rivers and underground water with pollutants that causes cancer.

Apple is still allowing use of the two chemicals during the early production phases of its products – activities that primarily take place at hundreds of other factories besides the ones responsible for the final assembly of the devices.

Is this the real design? Apple is just an example, out of thousands of the electronic products made with hazardous chemicals, which are banned in western countries, are free to be sold elsewhere in the world report in 2013 states that nearly 50m tonnes of e-waste was generated worldwide – or about 7kg for every person on the planet. These are electronic goods made up of hundreds of different materials and containing toxic substances such as lead, mercury, cadmium, arsenic and flame retardants. An old-style CRT computer screen can contain up to 3kg of lead, for example.

Once in landfill, these toxic materials seep out into the environment, contaminating land, water and the air. In addition, devices are often dismantled in primitive conditions. Those who work at these sites suffer frequent bouts of illness.

The e-wastes of the products are dumped in the poor nations like africa. The Indian subcontinent has turned into an important destination for European waste. The plastics along with these e wastes pose a major threat. Plastics which is the important ingredient to bring any product to market.

Plastics inside a dead albatross

the below video demonstrates the man made effect on earth.

Not only products, but technologies too tried changing the lives, the implementation of power generations using thermal, atomic results uncontrolled till the moment.

a simple case study from India, Punjab is India’s most-irrigated state. It was among the first to embrace Nobel Peace Prize-winning agronomist Norman Borlaug’s “Green Revolution” that pumped up crop production. Chemicals such as arsenic and fluoride, some that found their way into waters, others naturally occurring in less potent amounts that grew more concentrated as wells and aquifers were drained, began causing clusters of diseases and health issues in India, according to the World Bank.

Uranium poisoning in Punjab 2009 that caused contamination of soil and ground water in Malwa region of Punjab, to be the fly ash from coal burnt at thermal power plants, which contains high levels of uranium and ash as the region has state’s two biggest coal-fired power stations. In 2014 an article titled Punjab state has India’s worst cancer crisis that found contaminated water from rapid industrialization and excessive use of chemical fertilizers for high-yielding crops are contributing to the steep rates in the state. Colossal industrial plants have polluted the irrigation system in the area.

The operator of the leaked Fukushima nuclear plant had dumped more than 1,000 tons of polluted water into the sea after a typhoon hit the facility in 2011.The whole sea area got polluted with radioactive materials which affected and still affects the pacific marine ecosystem gives rise to rare mutations. The traces of radiation affected water was founded till Canada.

the recent 2016 Kakrapar leak ‘Level-1’ nuclear mishap in India is also an example of how unstable we make use the technology.

The future technologies don’t promise any zero impact on the earth and human lives. for example, Electric vehicles which are considered to be the future mode of transportation will be more polluting than the gasoline cars discounting the climate change effects. The production phase of electric vehicles proved substantially more environmentally intensive, comparing it to how petrol and diesel cars are made.

The global warming potential from electric vehicle production is about twice that of conventional vehicles. In addition, producing batteries and electric motors requires a lot of toxic minerals such as nickel, copper and aluminum as well as solvent-based electrode processing, have the highest potential for environmental impacts. Hence, the acidification impact is much greater than that of conventional car production. Across the other impacts considered in the analysis including potential for effects related to acid rain, airborne particulate matter, smog, human toxicity, ecosystem toxicity and depletion of fossil fuel and mineral resources. Even in net zero energy factory the materials to create batteries and recycling the dumps of dead batteries is a major issue.

Technology is for people; they use it for granted being unaware. Many things are compromised and destroyed to achieve something which is a false progress of technology.” The purest form of technology is one, which improves the quality of human life with zero impact on the environment and people”. Rediscovering the laws that defy gravity like in ancient Vimana so that we don’t need wheels to travel, like one of Nikola teslas concept of free energy, wireless electrical energy or anything that would never disturbed the human race in any form is the pure technology. Thus after 6,00,000 years what we lost is greater than what we gained.